Hey all, so yeah i'm back from Melbourne. I touched down in Brunei on a Wednesday Afternoon. My trip was a very relaxing one and i really had a good time plus, my sis and i is gonna make this a bi-annual trip! Yay! I had fun getting to know my sister friends and it was very cool. They are twins and the difference between them is quite huge. Anywhoos, When i left, i was in SG in transit for 2hrs and you know what, i bumped into Rozan. He used to work with the bank and the same building i was in. He was also in transit before going off somewhere for work. It was good to see him and it was a bit weird that i would actually bump into him outside of Brunei. Hahahahah. So the trip from SG to Melbourne lasted 7hrs. In that time i manage to sleep a bit, watch a couple of tv series and Despicable Me. Despicable Me was a really good movie.

So we landed in Melbourne at 10++ am and the twins picked us up. We got lost trying to go back to one of their houses from the airport... hahahaha... that same night, they had the hens night for one of the twins and we actually went to a strip club! hahahaha... it was the first for me and the waiters were so hot plus they were topless the whole time!!! With their muscles and their fit abs... woooohhhhhh.... i enjoyed what i was looking at.... hahahaha =P. The next few days after that we were running around with the twins, assisting them with errands and helping them in the kitchen and all. So when the wedding day came it was cool, the reception i must say is different from what we normally have here but it was interesting. It shows how different cultures celebrate marriage differently. There were so many things that happened when i was there that i dunno where to start. I'll just give u a short list of things that i did/see... well just the highlight of it =)
And i think that is it...but u know pictures speak a million words, so if u have me on Facebook, check out my pics =D For now, i'll just leave you with some pictures =D. That's it for now... Bubyez!!! Muahz <3 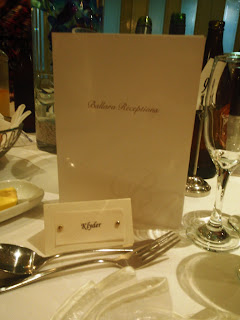 At The wedding reception 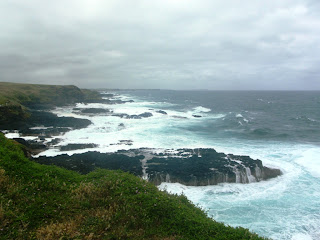 The View of the sea at the Nobbies 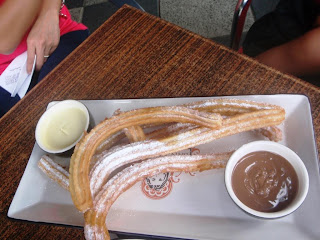 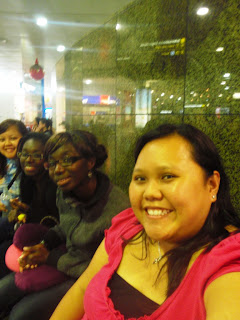 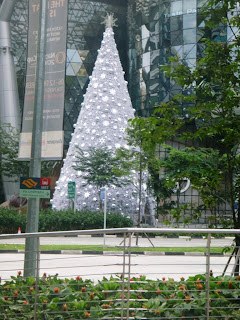 Orchard Road, Singapore while we were in Transit before we flew back to BN