Hey all! so i have been missing for over month! I've been lazy to blog and occupied with some stuff. Anywhoos, i'm gonna do a bit of flashback to see what has happened for that 1 month =D For may the biggest highlight was 28May2010, it was the 1 year anniversary of my Dad's passing. May his soul rest in peace. I do think about him every now and then but i don't feel his presence as much as i did a few months ago, so my guess is he's really gone to watch us from above. I've been through a whole ups and downs lately but i'm not too bothered because somehow i know either way everything will be ok and back to how it is.

May also started the functional man craze...hahahaha... okie, this is how it goes. There is this one functional engineering man who once in a blue moon comes to the office. He looks like he's eurasian and i find him hot! i wanna jump on him but i don't know if i have the guts to do so. After the Oscar night, i actually asked my friend, the clairvoyant if i would even meet a guy this year and she just said that i will meet one but i have to approach them first. so yeah, if you see someone who looks just like me, jumping on some dude, oh yeah, you got that right, it is me! hahahaha... so yeah functional man has caught my attention now =D

Now on to June, the first weekend, i attended a colleague's wedding and it was not too bad, i like the food and i had good fun. Then the weekend after that we had a bank event, Oscar Night. My friends and the clairvoyant happen to be in the event committee so i did help them out a bit with the script and the re packing of door gifts the day after. I had fun dancing at the after party and i had a good laugh watch people get drunk at the after "after party". The things people do when they get drunk.

To be honest, i never get drunk or high at these events because i don't know what i will do and i don't want to be the laughing stock the next day. So RULE #1 for big events is DO NOT GET DRUNK! you don't need to get drunk to have a good time, i've watched so many people in the past get drunk for these events that i seriously have a good laugh at them... mean but yeah they seriously don't know what they are doing and they need someone to tell them the next day.

RULE #2, DON'T SLEEP UNTIL EVERYONE LEAVES. with loud music and drunk people, there is no telling what will happen so i did not catch any sleep till 3++am. And also one colleague got so drunk that i had to pull him and made sure he had some sleep before he left with another colleague at 4.30am, which of course i woke up and made sure he was ok to drive. This drunk colleague, so so silly that he logged on to facebook and wrote some things he should not have said on his facebook status. His girlfriend wanted a breakup on his status and blamed us for him being drunk. So boys and girls, if you have a possessive partner, RULE #3, WHEN DRUNK, DO NOT LOG ON TO FACEBOOK. WAIT TILL YOU'RE SOBER. The boy deleted that status and apologized to his girlfriend. Dunno whether he patched things up with his girl tho =D

Anyways, i got Heidi to do my make up and it was AMAZING!!! i did not take much pictures myself, because everything looked yellow in my camera. But i made sure i posed at every chance there was a photog snapping near by. Several people did ask me about my make up and of i course i did advertise. They loved it! so do check out her blog here if you want to see her works =D. You want to know why the make up was amazing, i'll list them out for you =D 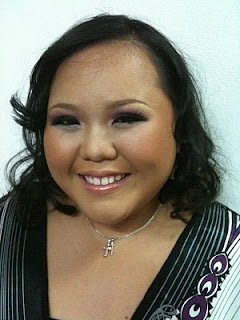 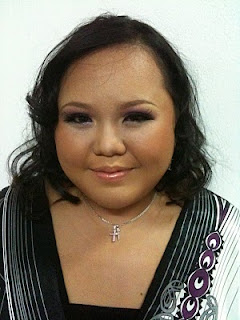 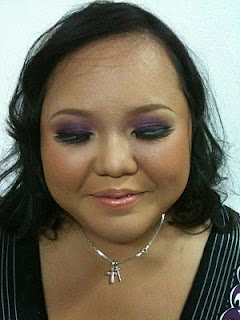 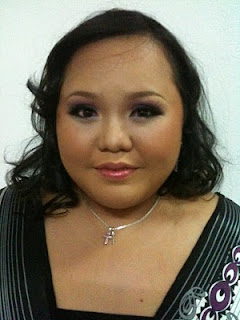 Oh, tomorrow i also have another bank event, i'm a volunteer for Cycle for SMARTER... So hopefully that will turn out ok. And also World Cup!!!! I have World Cup fever!!!! Hahahahah... and it seams like i'm the only person in my department who is semangatz for the world cup.... hahahaah... And i bought Japan's Home jersey for $18!!! i want to find Argentina's and USA's jerseys next. I watched the Argentina team played against Korea and i can only say HOT HOT HOT!!! The Argentina men were HOT!!! Especially #9 and #16 HOTNESS i tell you!!! You see because of this argentina match, i wanna jump on men now.... hahahahaaha.... i know i'm crazy but who cares!!! So yeah enough of that... i'll update soon... Muahz!!! xoxo
Posted by KeL at 3:04 PM