Hellew all!!!! i know i have disappeared for quite a bit, so i shall try to sum up everything that has happened. i won't be posting up much pics because i'm lazy =P. So, food wise, i have been eating a lot. i had a taste at deer meat cooked with spring onion(i think) during Jade's farewell dinner, let's just say it is an acquired taste. It was not my cup of tea and to me it tasted a bit funny. Then there was Korean food at a colleague's fiance shop... at first i hesistated but then i decided to be adventurous. Since it was a new shop and it was my first go at korean food, it was also not my cup of tea... maybe its the food... Fret not ppl, i will try korean food again at a different location in the near future. Then on my Singapore Trip, i had Chilli Crab. Hmmm again, it was ok but a big hassle when you have to dig out the meat. Our host for dinner said that it was very interesting to watch me eat crab... hahahah... yes i'm a bit fussy, i know. Then work wise, am swamped with plenty of work, this happened a few days before i went on my trip... was dumped a HUGGGEEEEE pile... ~sigh~~ i hate documentation! wish i can burn them all. I will be facing work head on tomorrow!

Okie... now a bit of other things, i was "surprised" by my colleagues on my bday with a cake, breakfast for everyone and a Thann spa voucher which i have yet to make use of. Why i said "surprise" was because, i knew it was coming and how did i know? My colleagues hid the cake in the safe where i work and where everyone and myself could see it. hmm~~~ i don't blame them, i think that was the hardest they tried... but not discreet enough though XP. i really did enjoy myself that day because some people on the other floor sang to me. Thanks everyone for the greetings and the singing, i really appreciate it =D)) Then we had dinner with Kak Mai at Swenson's, thanks for the treat Kak Mai!!!! It's banana splits all the way!*wink wink* ;D 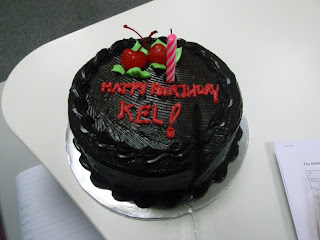 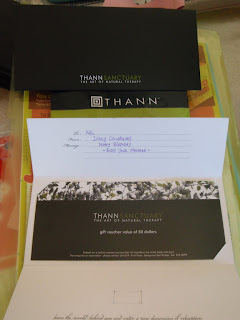 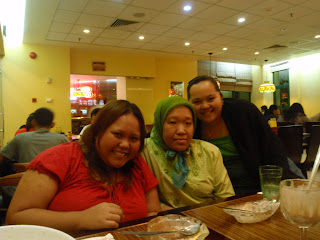 Then there was HM's visit to the BPC office. i nearly had the perfect picture because he was looking my way when a tall colleague of mine had to step in front of me! Some days i really hate being short! 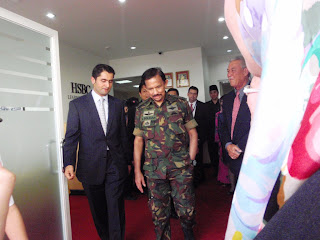 Lastly, to end March with a bang was my trip to Singapore, i met a lot of people, some new and some familliar. I really enjoyed myself, although i may have been a bit quiet on some days, to be honest i had good fun. It was good that we met up with our counterparts from the HSBC Singapore, just did some talking, catching up, exchanging life cultures and our lines of work in HSBC. Oh yeah, i also caught the flu and cough from kat when we were there. I enjoyed walking untill my feet are about to fall off and people watching... let's just say, i saw a lot of running ladies... heheheheh =D)) In a nutshell, Singapore, Good times and memories! 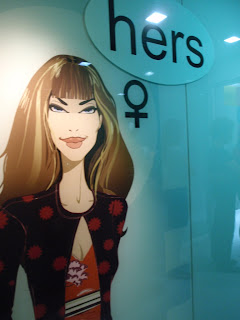 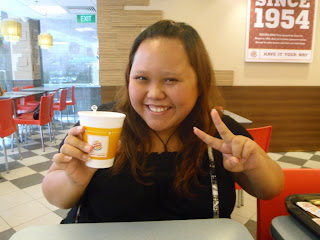 That's me eating breakfast at Burger King and trying to look like a tourist! LOL!!!! I guess this is it for now, gotta go and see the doctor! I am thankful that i did not get any asthma attacks whilst on this trip.
Posted by KeL at 12:39 PM